Agreed at a General Meeting on 8th November 2011

The Club shall be called the BASINGSTOKE (1945) RIFLE CLUB.

The object of the club shall be to encourage the skill of rifle and muzzle loading pistol shooting.

The Club shall be affiliated to the National Small-Bore Rifle Association and any other associations that may be considered by the Committee.

The club shall have regular use of ranges with safety certificates for the categories of firearm in respect of which approval is being sought or given, as the case may be.

The Club shall be managed by a committee consisting of the Chairman, Secretary, Treasurer, Police Liaison Officer and up to seven other members, all of whom shall be elected at a General Meeting.  During the year members may be co-opted to the committee to fulfil special purposes. The club may elect a President and vice Presidents.

Any Officer or member of the Committee may be removed by a majority of two-thirds of the Members present at any General Meeting, and such vote may be taken by secret ballot.

The duties of the committee shall include:-

Agreeing entries to external competitions, drawing up conditions for internal competitions, arranging handicapping and matches, organising working parties, etc., for the general well being of the Club.  The mark up on ammunition shall also be decided by the committee.

The Committee and Officers are hereby indemnified by the Club against any claim or demand in respect of any liability, properly and bona-fide, incurred on behalf of the Club.

The Committee shall have the power to legislate upon any point not provided for in these Bye-Laws and Rules.

The probationary member will be given a course in the safe handling and use of firearms on a one-to-one basis by someone who is either a full member of the club or who is a coach with qualifications recognised by the Great Britain Target Shooting Federation and governing bodies. Until the probationary member has satisfactorily completed the course they must be supervised at all times when in possession of a firearm or ammunition by a full member or coach as above.

The probationary period may be waived, at the club’s discretion, for someone who is already a full member of another club which has been approved by the Secretary of State in respect of the same type or types of firearm; or holds a firearm certificate; or has handled firearms in the course of his/her duty in the police or the armed services, and has a statement from his/her existing or former senior/commanding officer saying that he/she is fully trained in handling the type of firearms in respect of which the club has obtained approval and is able to use them safely without supervision.

The club membership shall be divided into the following categories:-

All fees will be decided at a General Meeting and apply until changed.  Fees are to be paid by the due date, or on joining.

Full / Probationary: As decided at the AGM.  Members joining during the year shall pay the balance for the current financial year proportioned to the nearest quarter, plus a joining fee.

Junior: Half the members fee, as above.

Green Fee: As decided at a General Meeting

NO FEES SHALL BE REFUNDABLE.

The Club year shall start on April 6th.

The Committee shall authorise the payment of accounts and incur any normal liabilities on behalf of the Club.

Subscriptions shall be annual, payable (in advance) by 1st June in each year.  Any member whose subscription is not paid by 31stAugust may be debarred from the privileges of membership by the Committee.

Any person receiving money on behalf of the Club shall forthwith hand the same to the Treasurer.

Money owing to the club by members (except for subscriptions, ammunition and green fees) shall be paid within four weeks.

The Auditor or Auditors shall examine the Accounts, with the invoices and vouchers, prior to the Annual General Meeting, and shall append thereto a Certificate to the effect that such are correct, and fairly represent the expenditure and receipts of the Club and its Assets and Liabilities.  They may at any time inspect any book, document or property of the Club, in the possession of any Officer or member, and make a report thereon in writing to the Committee.

A General Meeting shall be held annually, as soon as possible after the end of the financial year, April 5th.  At least fourteen days’ notice of such meeting shall be given to the Members.  The following business shall include: – Election of Officers (including Auditor or Auditors) and Committee, receipt of the Accounts and report(s) of the Committee, revision and amendment of the Constitution and Rules and Byelaws (if necessary) and consideration of any other business.

Upon the receipt of a requisition, in writing, duly setting out the purpose, signed by twelve members or if the membership falls below 36, one third of the membership, and delivered to the Secretary, the Committee shall within 14 days convene an Extraordinary General Meeting of the Club.

Upon such a requisition being duly served and not complied with within 14 days, the requestors may themselves convene an Extraordinary General Meeting of the Club by giving 7 days notice in writing to the Members duly setting out the purpose for which such Meeting is called.  Any resolutions passed at such meeting shall have the same force and effect as if it were passed at a Meeting convened by the Committee.

Voting at  i)  a General Meeting. Only full and honorary members may vote,

ii)  at other meetings    all members present may vote.

Resolutions shall be passed by a simple majority, except where an Officer or member of the Committee is to be removed.  On a tie the Chairman shall have a casting vote

i.   Before receiving a firearm from anyone, ALWAYS check that the breech is open and the firearm is unloaded.

ii.   NEVER point a firearm at anyone, whether loaded or unloaded.

iii.   NEVER load a firearm other than on the firing point under the instructions of the range officer.

iv.   When off the firing point NEVER leave a firearm unattended unless it is secured.

v.   Before handing a firearm to someone, ALWAYS check that the breech is open and the firearm is unloaded.

vi.   At the end of shooting, ALWAYS hand any firearm (and any unused ammunition), which you do not own personally, to a club official (who will assume responsibility for its security).

i.    DO NOT ENTER the range without permission of the range officer

ii.   DO NOT MOVE onto a firing point when shooting is taking place, unless instructing.

iii.   DO NOT MOVE from a firing point when shooting is taking place without permission of the range officer.

iv.   OBSERVE THE INSTRUCTIONS of the range officer at all times

v.   LEAVE THE BREECH OPEN when not firing.

vi.   DO NOT LOAD OR FIRE until instructed to do so.

vii.   ALWAYS KEEP a loaded firearm POINTED TOWARDS THE TARGET.

viii.   CHECK that your firearm is unloaded before leaving the firing point.

ix.   DO NOT MOVE FORWARD of the firing point without the permission of the range officer.

x.   PICK UP ALL EMPTY CASES after firing and place them in the bins provided. ENSURE THEY DO NOT INCLUDE LIVE ROUNDS

xi.   NEVER HAVE LIVE rounds and DUMMY (drill) rounds IN THE SAME PLACE.

xii.   When adopting a firing position to check your sights or to dry fire, ALWAYS do so on the firing point, keeping the firearm pointing down the range in a position from which it would be safe in all respects to fire.

i.      The official club shooting times are as posted by the committee in the club house.

ii.      A range or green fee is payable by each shooting member on each visit.

iii.      No member may shoot alone; they must be accompanied by a responsible adult.

iv.      Juniors and probationary members may only shoot if a full member is present.

v.      No shooting may take place on the outdoor range without 2 red flags being prominently displayed. One at each end of the range adjacent to the public highway.

vi.      All members are requested to ensure that the range is kept clean and tidy (please pick up your empties).

vii.      Non-FAC holders shall sign to say that no live ammunition is being taken from the premises. 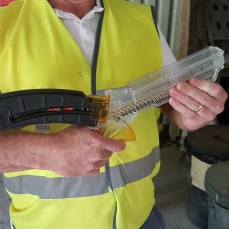 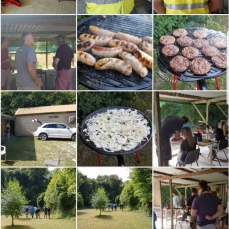 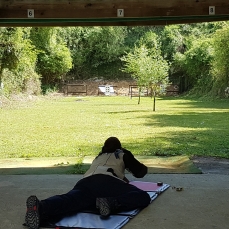 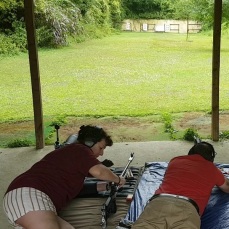 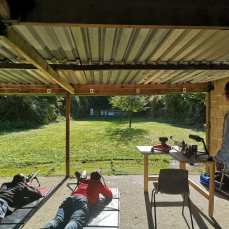 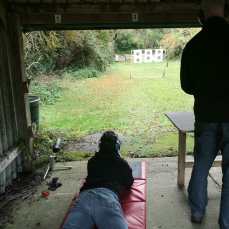